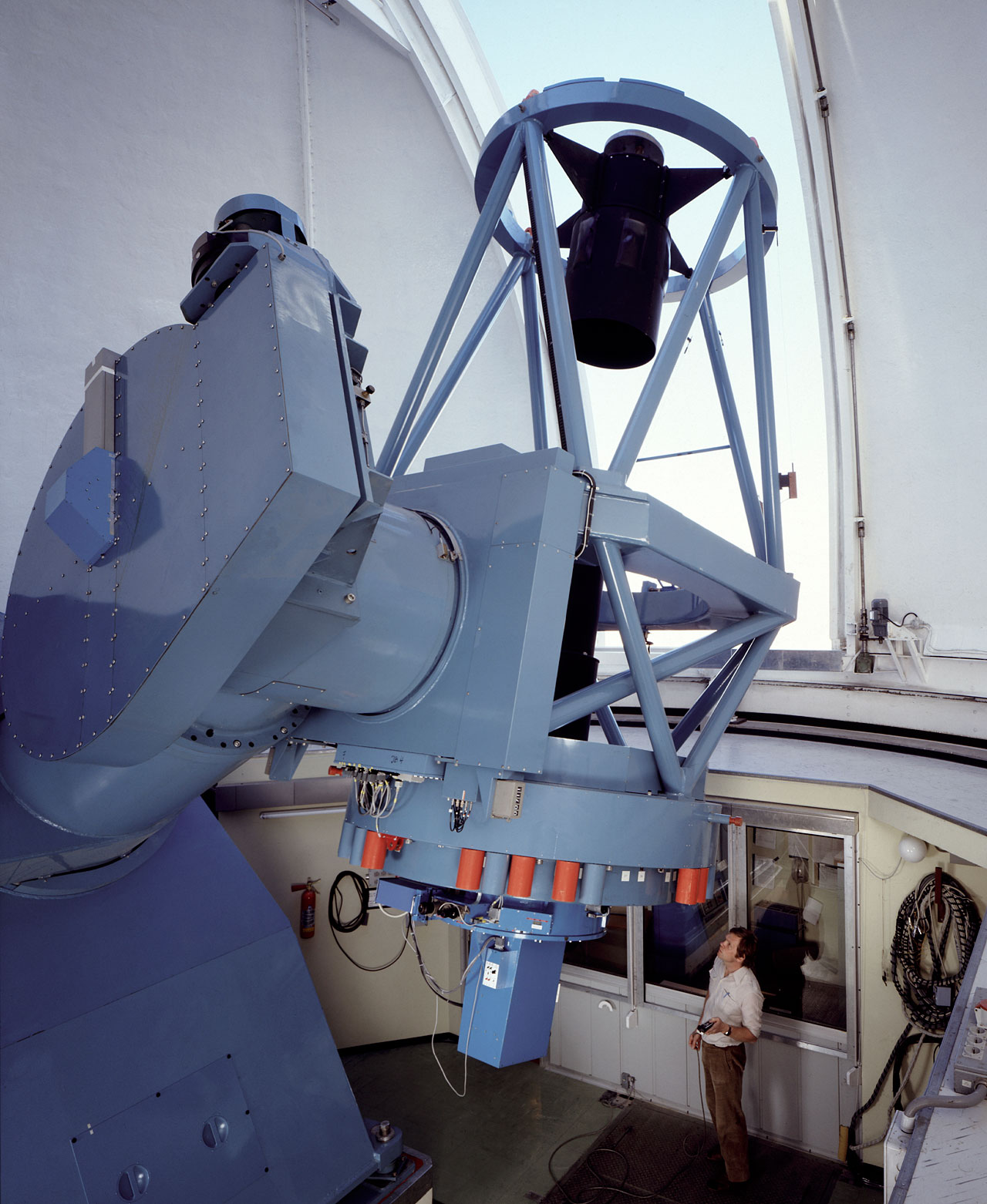 The Danish 1.54-metre telescope was built by Grubb-Parsons, and has been in use at La Silla since 1979. Credit: ESO/C.Madsen

The Danish 1.54-metre telescope was built by Grubb-Parsons, and has been in use at La Silla since 1979. It is equipped with the Danish Faint Object Spectrograph and Camera (DFOSC) spectrograph/camera that is similar in concept and in layout to ESO’s EFOSC2 attached to the ESO 3.6-metre telescope. The telescope has been a real workhorse, and allowed astronomers to make several first. In 2005, thanks to the Danish 1.54-metre telescope astronomers showed that short, intense bursts of gamma-ray emission most likely originate from the violent collision of two merging neutron stars, ending a long debate. While in 2006, astronomers using a network of telescopes scattered across the globe, including the Danish telescope, discovered an exoplanet only about 5 times as massive as the Earth, and circling its parent star in about 10 years. It was the smallest at the time and the first rocky exoplanet discovered.