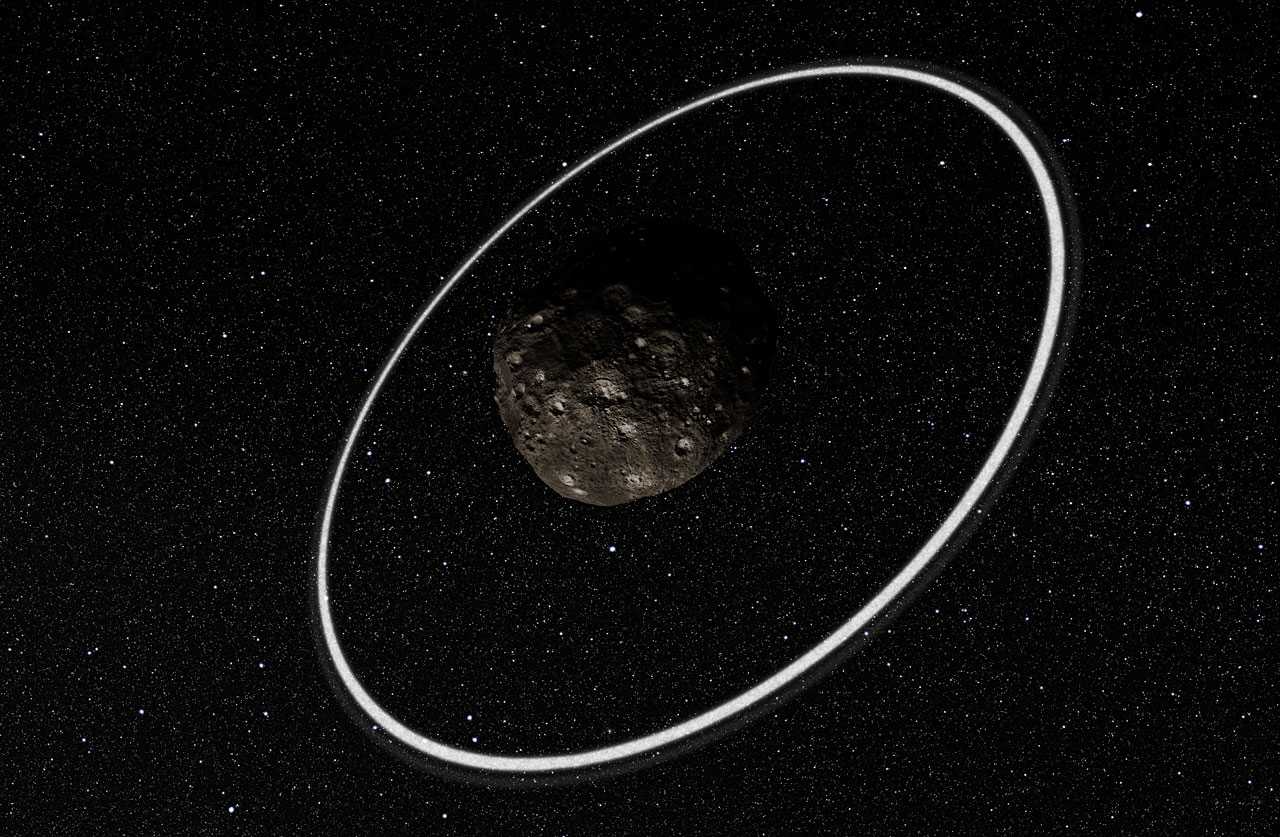 Observations at many sites in South America, including ESO’s La Silla Observatory, have made the surprise discovery that the remote asteroid Chariklo is surrounded by two dense and narrow rings. This is the smallest object by far found to have rings and only the fifth body in the Solar System — after the much larger planets Jupiter, Saturn, Uranus and Neptune — to have this feature. The origin of these rings remains a mystery, but they may be the result of a collision that created a disc of debris. This artist’s impression shows a close-up of what the rings might look like.