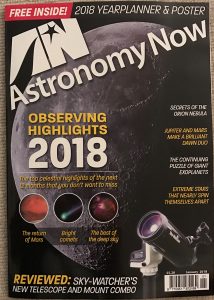 The January 2018 issue of Astronomy Now magazine, featuring my first review for the magazine of the Vixen SG 6.5×32 Binoculars.

Back in 2014, I and many others in the amateur astronomy community were rather intrigued by a new product launch from Vixen.  Offering a specification quite unlike any other binoculars, the Vixen SG 2.1×42 seemed on the face of it, to produce an exit pupil of c.20mm most of which would be unusable by even a fully diluted pupil.  However, these binoculars employ a Galilean optic which works a little differently from the typical Keplerian system most observers are familiar with.  By using a minimal magnification, it allows fields of view which will encompass all but the largest constellations while delivering an approximate 1.5 magnitude gain over the naked eye.  With a posting to act as the resident astronomer at the Sossusvlei Desert Lodge in Namibia coming up, which is located in an IDA Gold rated dark sky reserve, I could not resist the temptation to experience the views they would offer under such good skies and I purchased them before I left.  I reviewed the SG 2.1x42s on my return and you can read that review here.

In 2017, Vixen launched the follow up to those binoculars in the form of the SG 6.5x32s.  While they employ a more conventional Keplerian system, they still deliver a 9-degree field of view.  I was fortunate to be loaned a pair for testing by the Tring Astronomy Centre and my review of the binoculars was published in the January 2018 issue of Astronomy Now.  If you wish to read the review, you can purchase back issues of the magazine here. 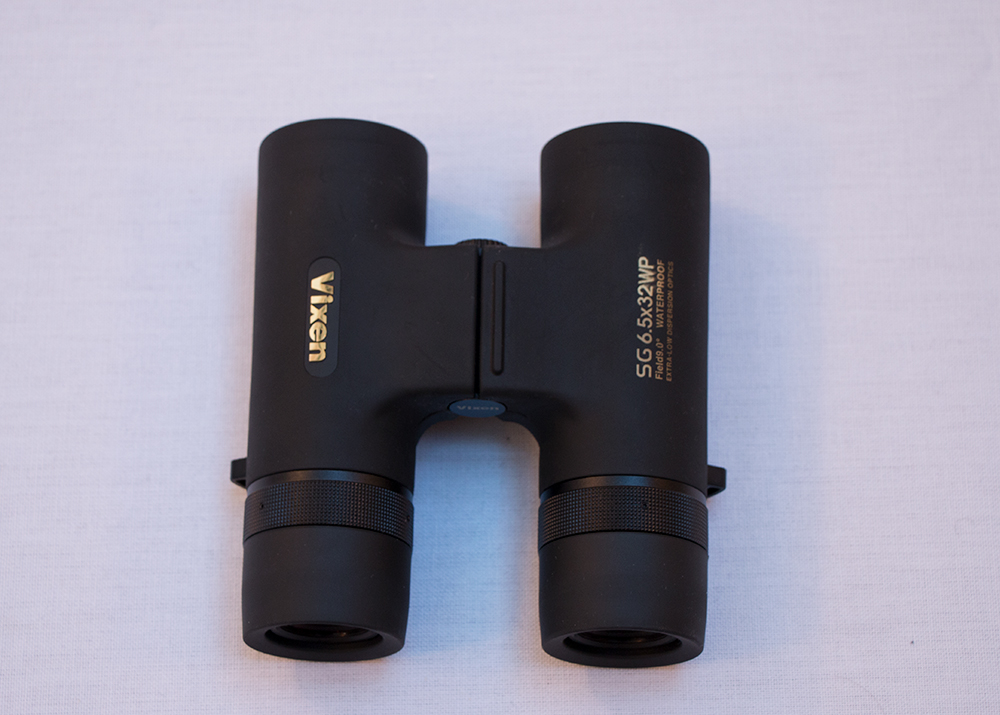