The ancient Greeks called them planḗtēs, meaning wandering stars. An apt name as even a casual stargazer will notice the precession of planets across the sky during the course of a year.  That movement leads to interesting observational events including occultations and conjunctions.  This December the two gas giants of the solar system rapidly move towards a Great Conjunction on Monday 21st. 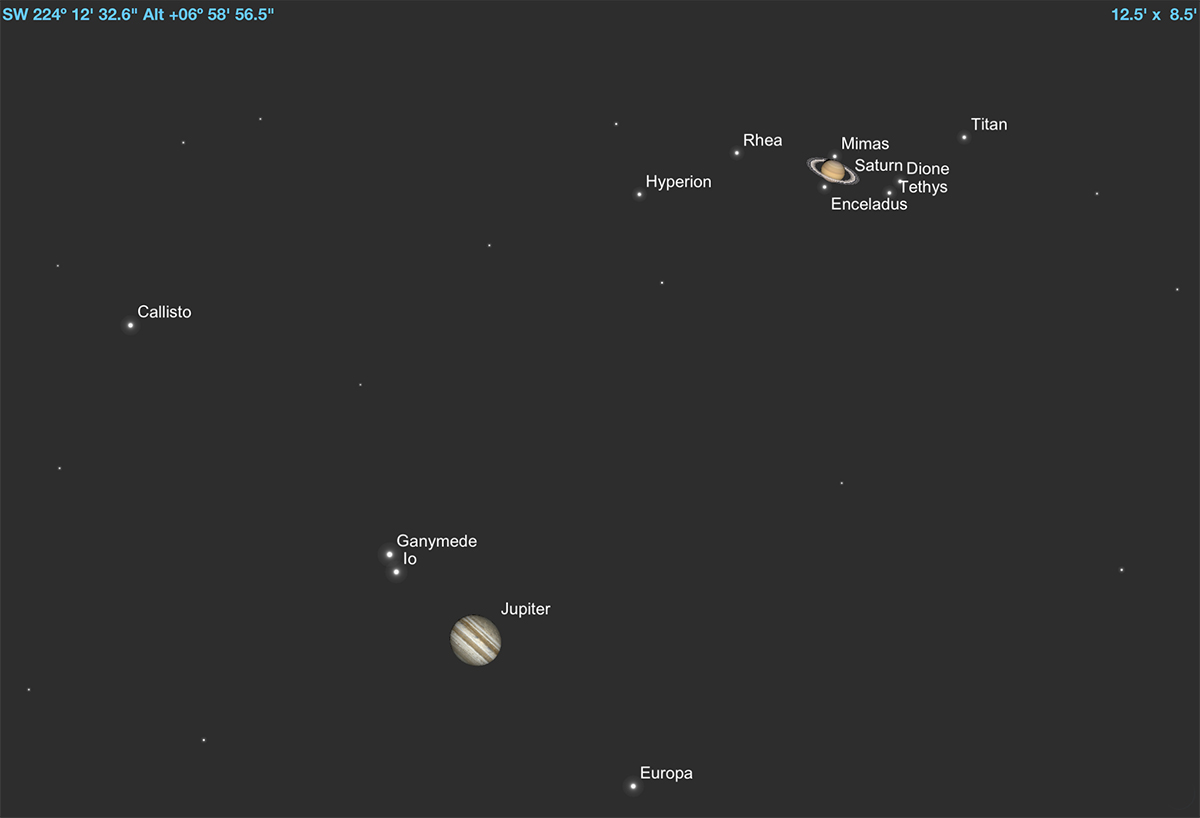 On the 21st December 2020, Jupiter and Saturn will be separated by only 6 arcminutes, the closest conjunction since 1623. Source: Sky Safari 5 Pro.

A combination of Jupiter’s 11.9-year orbit and Saturn’s 29.5-year orbital period results in a great conjunction approximately once every 19.6-years when Jupiter “overtakes” Saturn in the sky.  Typically, the angular separation is around 1-degree, itself an exciting visual prospect as telescopically, magnifications of around 60x would allow observation of both worlds simultaneously.  However, this coming conjunction is particular special as Saturn will be only 1/10 of a degree (6 arcminutes) north of Jupiter.  High powered, 200x+ magnifications of both worlds would theoretically be possible.  This is the closest conjunction of Jupiter and Saturn since 1623.

To temper expectations just a touch, the gas giants are currently located low in the south west (around 218o in azimuth) after sunset in the constellation of Capricornus, and on the day of the great conjunction will only be at an altitude of 9o one hour after sunset, so atmospheric distortion will likely be significant. 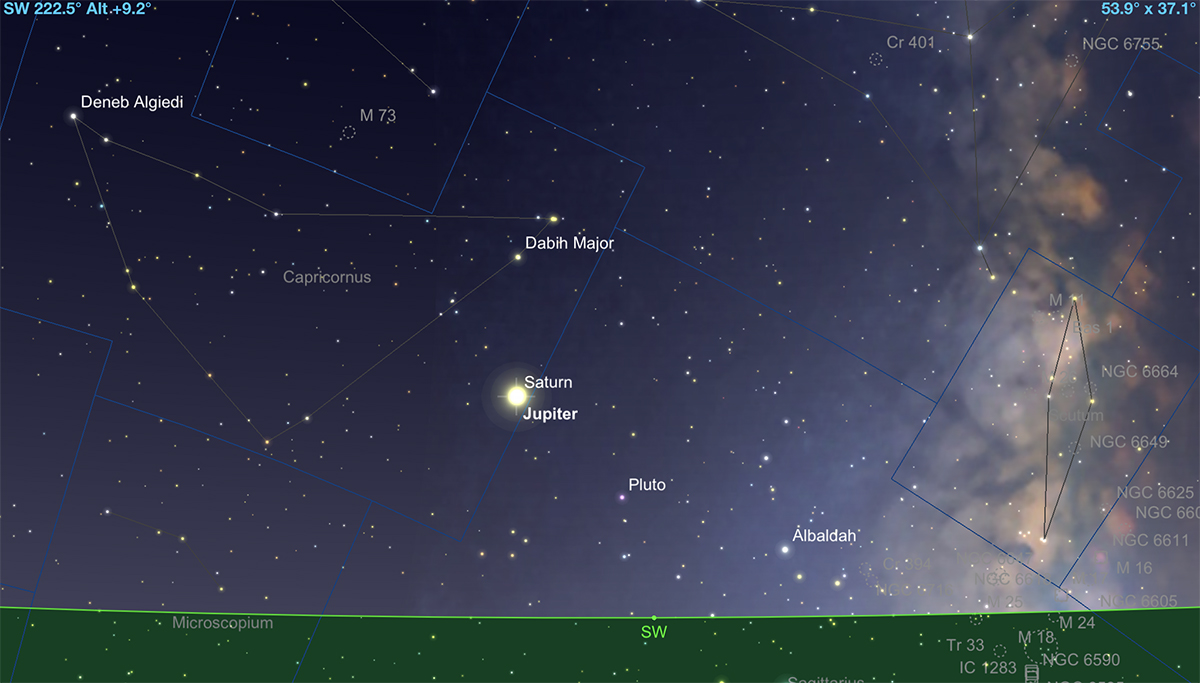 Jupiter and Saturn will only be 9-degrees above the horizon, one-hour after sunset, located in the southwest at azimuth of 218-degrees. Source: Sky Safari 5 Pro

For most of us, this will be closest approach of these two worlds in our lifetimes.  However, it you are young, there will be another chance for a bite of this celestial cherry in 2080 when once again Jupiter and Saturn will be separated by 6 arcminutes, this time in the constellation of Sagittarius.  If you are fortunate enough to have access to a Tardis or DeLorean which has been in Dr Emmett Brown’s workshop, set your target to the year -6.  Johannes Kepler calculated a triple conjunction (conjunction at opposition) occurred in 7BC and he thought it might have been the star of Bethlehem.

Fingers crossed for clear skies on the winter solstice.