More good news for those of us who treasure dark skies to enjoy the wonders of the universe.  On January 27, 2014, the International Dark Sky Association named its first International Dark Sky Place in the Republic of Ireland.  Not only is the first in Ireland, but Kerry International Dark Sky Reserve is the first of its kind in the northern hemisphere to be awarded the top tier “gold status” which places into an elite group of the darkest locations recognised by the IDA which includes the NamibRand National Park in Namibia and the Aoraki Mackenzie in New Zealand. 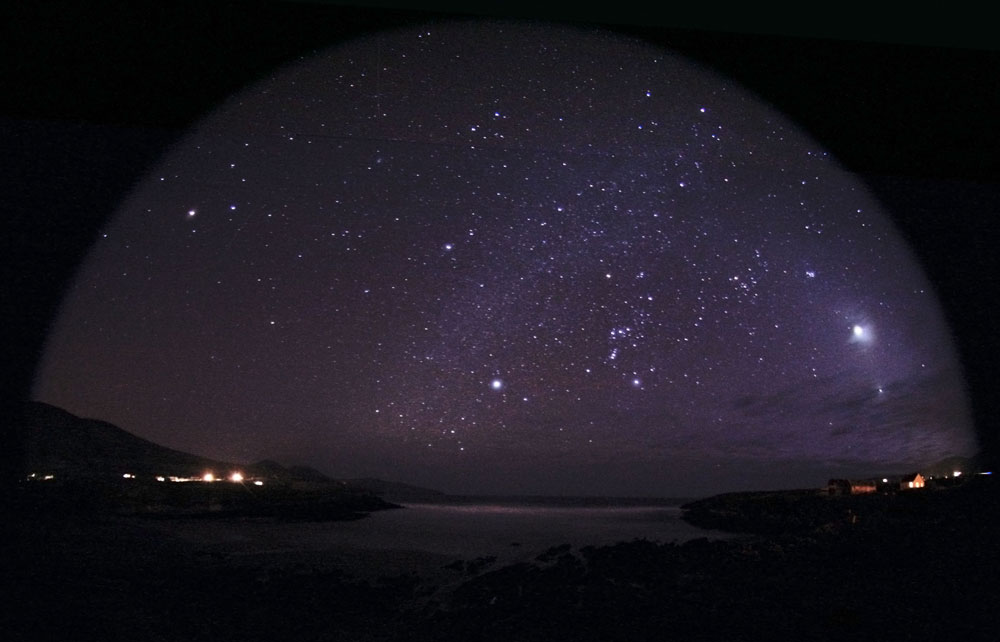 The new gold rated reserve sits on the Iveragh Peninsula and is home to almost 4,000 residents and covers approximately 270 square miles (700 square km).  The location already benefited from some natural features to shield against light pollution by the nature of its position between the Kerry Mountains and the Atlantic Ocean but the residents decided they wanted to do more.

Local councils and tourism operators in Kerry hope that the new Dark Sky Reserve will raise the region’s visibility as a tourist destination for stargazing under dark Irish skies.  “This is a major step forward introducing new tourism to our area and we will make every effort to provide an example of what a true dark-sky area looks like,” said Russell Jackson of the Ballinskelligs Tourism Group. 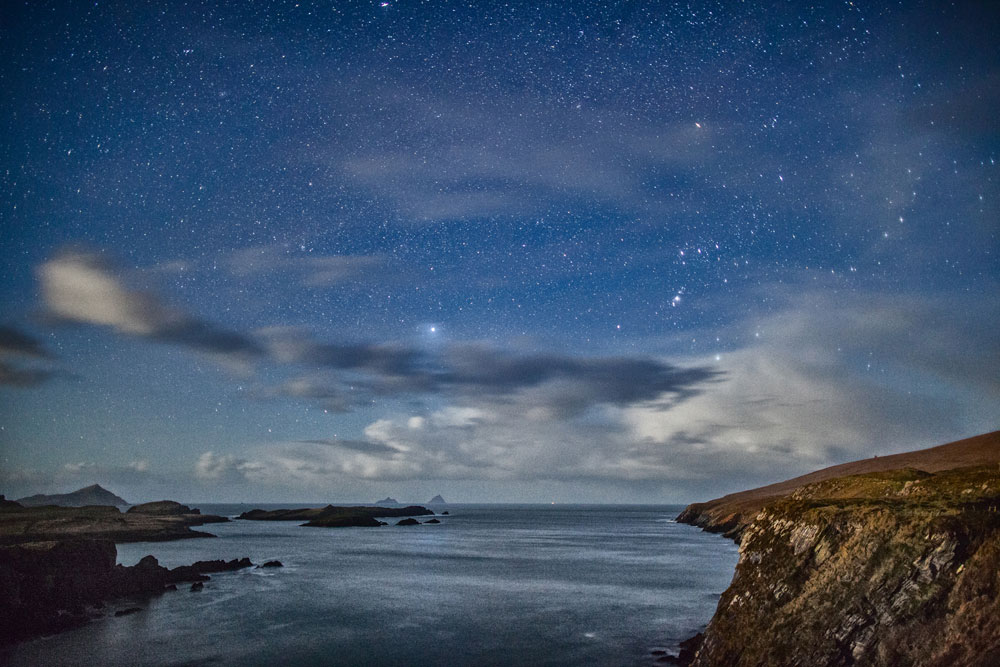 As well as benefitting those of us who wish to observe the splendours of the universe, curbing light pollution in County Kerry also benefits programs working to protect local wildlife.  Various bird, fish and mammal species rely on the dark skies over Kerry govern life-sustaining behaviours such as reproduction, migration, and foraging for food.

Congratulations to all of those involved in the award of the Gold Tier dark sky status!

An International Dark Sky Reserve is a public or private land possessing an exceptional or distinguished quality of starry nights and nocturnal environment that is specifically protected for its scientific, natural, educational, cultural, heritage and/or public enjoyment mission of a large peripheral area. The International Dark Sky Reserve consists of a core area meeting the minimum criteria for sky quality and natural darkness, and a peripheral area that supports dark sky values in the core and receives benefits from them as well. The International Dark Sky Reserve is formed through a partnership of multiple land owners and/or administrators that have recognized the value of the starry night through regulation and/or formal agreement and/or long term planning.

Three tiers designate the quality of night skies the reserve is recognized for. Gold represents the highest award representing the darkest skies, followed by the Silver and Bronze designations. Requirements for each of the designations are shown in the table below.