It is fair to state that after seven trips to Africa in the last 9 years, both my wife and I have fallen in love with the continent.  Not one that usually stretches to the poetic, but there is something quite spiritual about the birthplace of humanity.  Not only is the hospitality first class, married with wonderful food, but the diverse landscapes and unmatched wildlife mean it offers something for everyone.  For astronomers, there is an icing to this already spectacular cake.  The skies are among the darkest to be found anywhere on Earth. 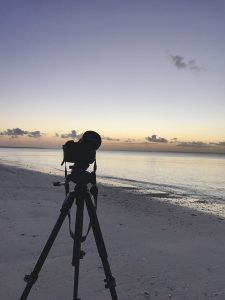 The Canon 70D and 14mm lens on the beach in front of our villa on Vimizi island in Mozambique.

Four trips totalling more than a month to Namibia would be enough to spoil any amateur astronomer.  Skies in most of the country are Bortle Class 1 and it is home to an IDA Dark Sky rated Gold Reserve.  A desert climate only adds to its claim as a pilgrimage that all astronomers should try to make.  Many other African countries can offer similarly dark skies, though some are little damper at times.  However, its not the threat of clouds and rain that will keep those inky-black skies out of reach.  In the middle of the Okavango Delta the Milky Way will stretch from horizon to horizon, but venturing out in the middle of the night to appreciate the view may well lead you to become a midnight snack for a hungry lion.

Fortunately, in our journeys around Southern Africa, we have stayed on a couple of islands off the coast of Mozambique, Benguerra in the south and Vimizi in the north of the country.  Both are beautiful island escapes, which crucially for the travelling astronomer have no large indigenous predators that would make a meal of you.  As such astronomy is very much on the agenda while staying on these islands.

Vimizi is very much a Bortle Class 1 environment, and was a virtual match for the IDA Gold reserve in Sosussvlei in Namibia.  Benguerra is not quite as dark, but very much a strong Class 2 sky, probably only just missing out on class 1, though I did notice that the light dome from Vilankulus, a small town, on the mainland, about 15km to the southwest had grown slightly between our first stay in 2015 and our second in 2019.

While I am a dedicated visual astronomer and always try to take a small scope with me, I cannot resist capturing the beauty of the heavens with an unmodified Canon 70D, and Canon 14mm f/2.8 L lens.  Below are a series of images captured during these trips. 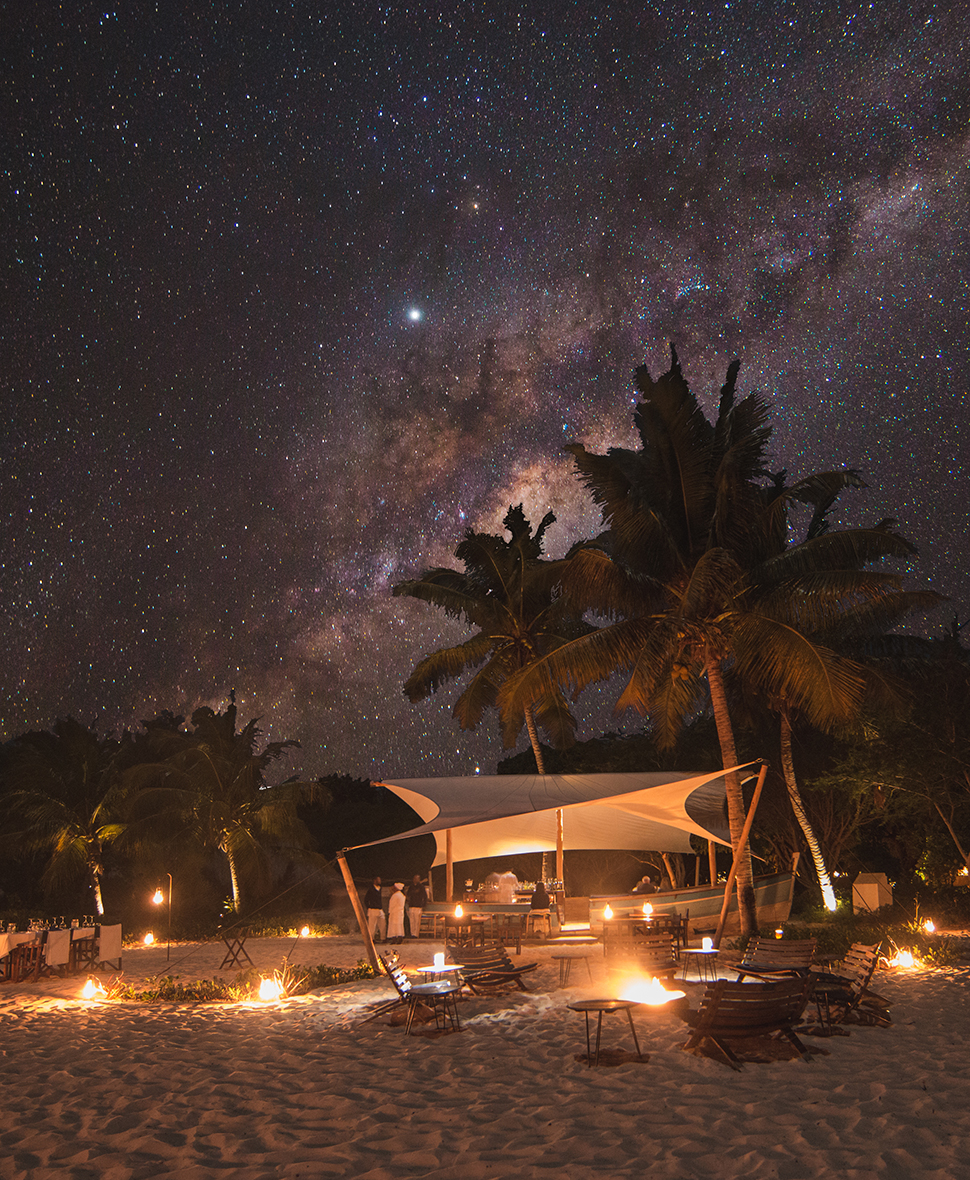 The Dhow Bar on the beach on Benguerra Island. This is a composite of 2 photos taken moments apart. The foreground was a 2 second exposure, with the night sky being a 30 second exposure at f/2.8 and ISO 3,200. The images were processed in Lightroom and combined with a layers mask in Photoshop. 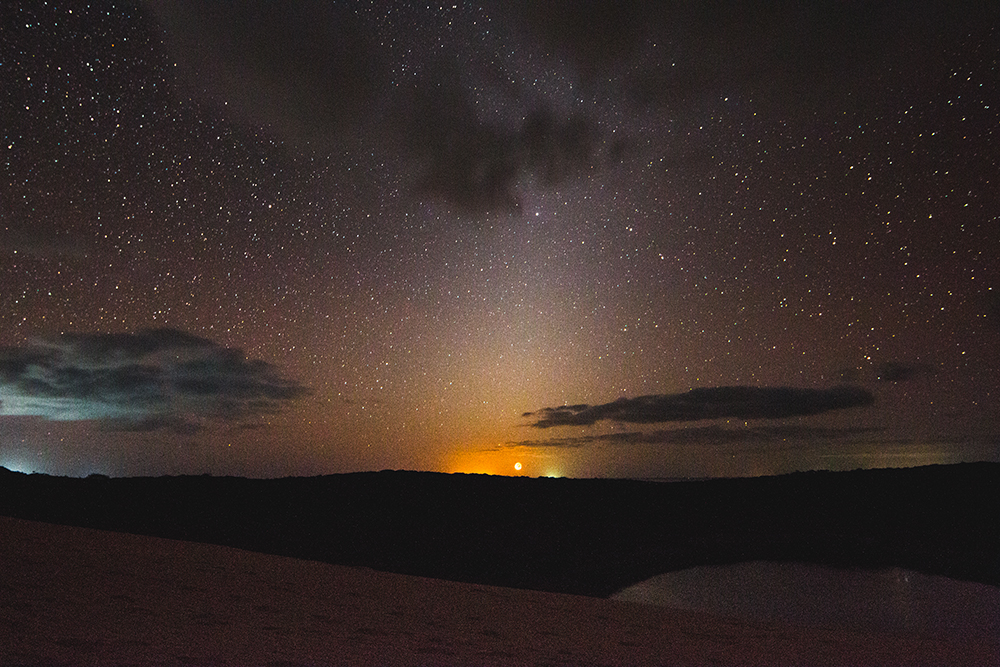 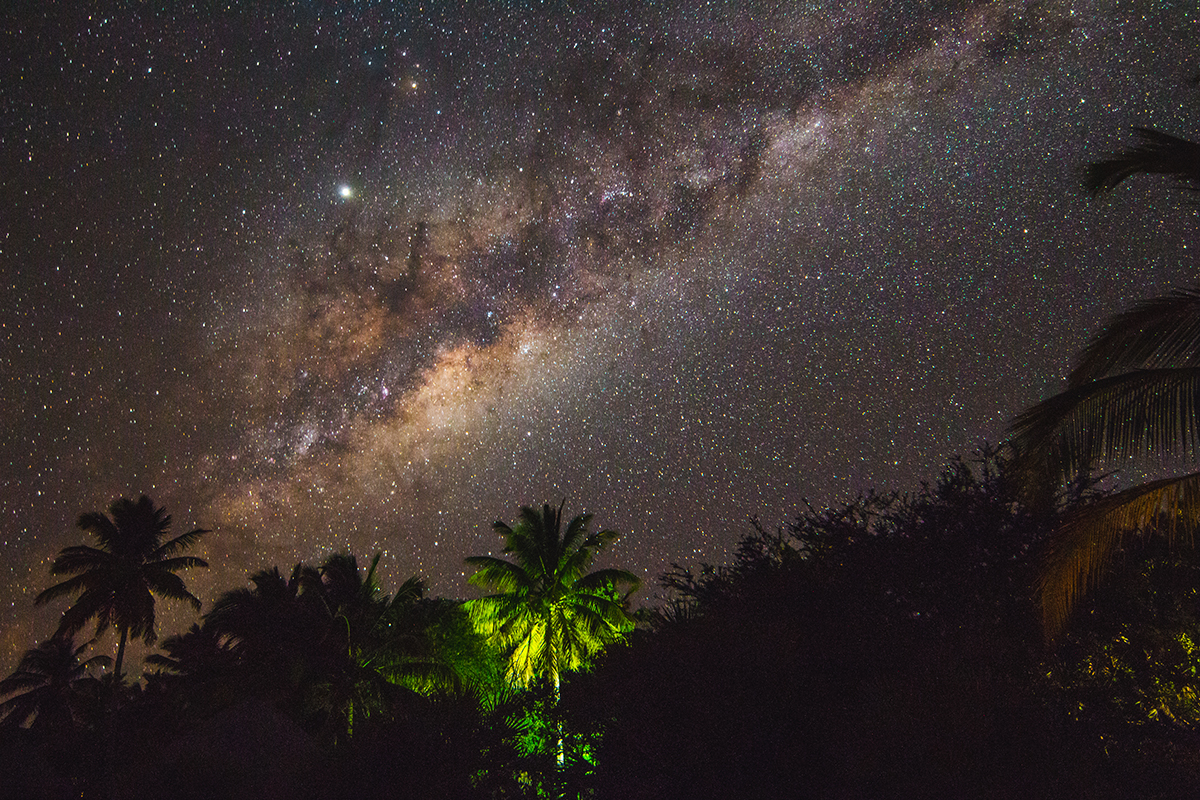 The rising core of the Milky Way in the East in the early evening from the beach on Benguerra. 25 second exposure at f/2.8 and ISO 3,200. 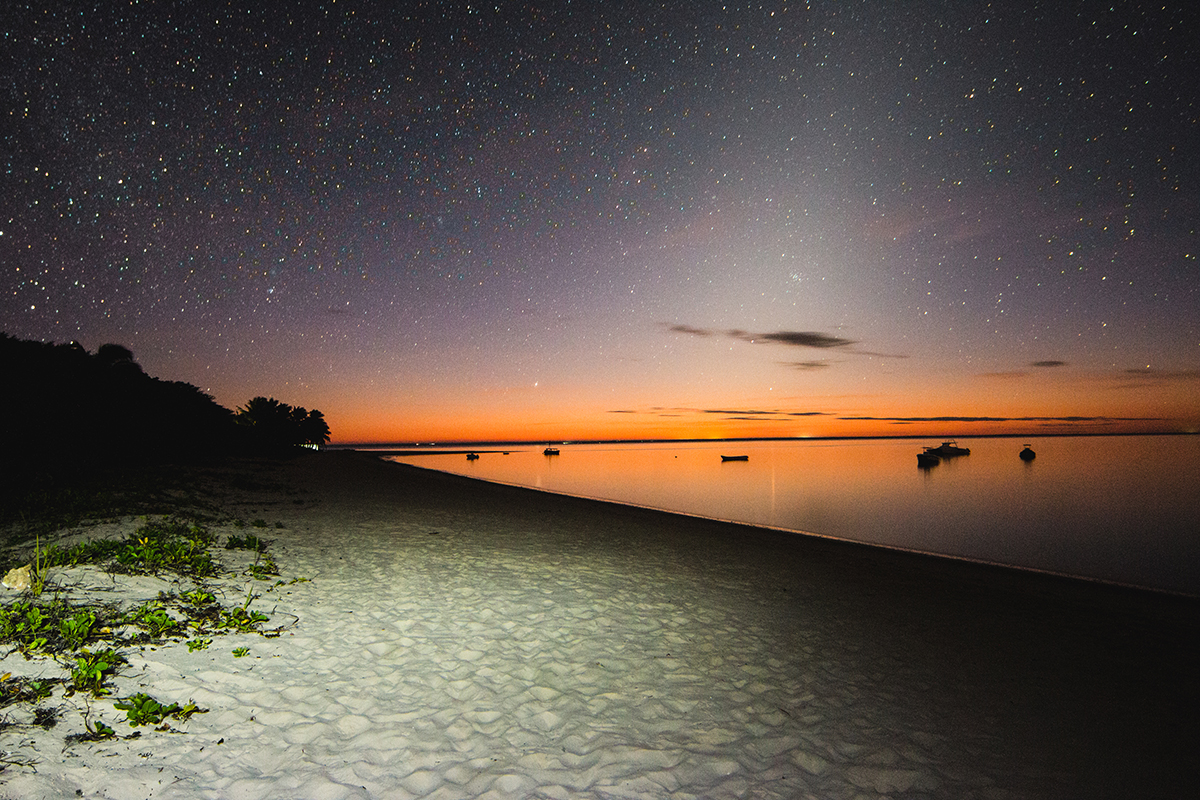 Evening Zodiacal Light from the beach in front of our villa on Benguerra. Foreground was briefly illuminated with a torch. 30 second exposure, f/2.8, and ISO 3,200.. 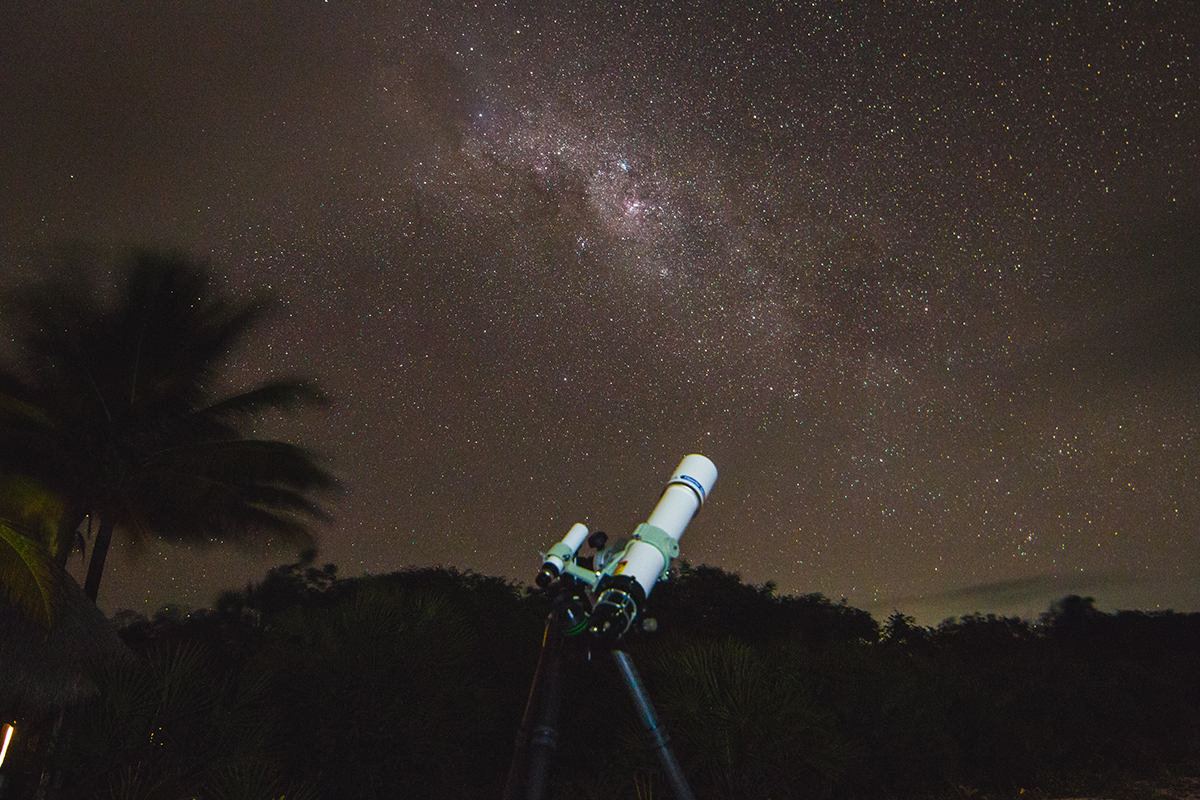 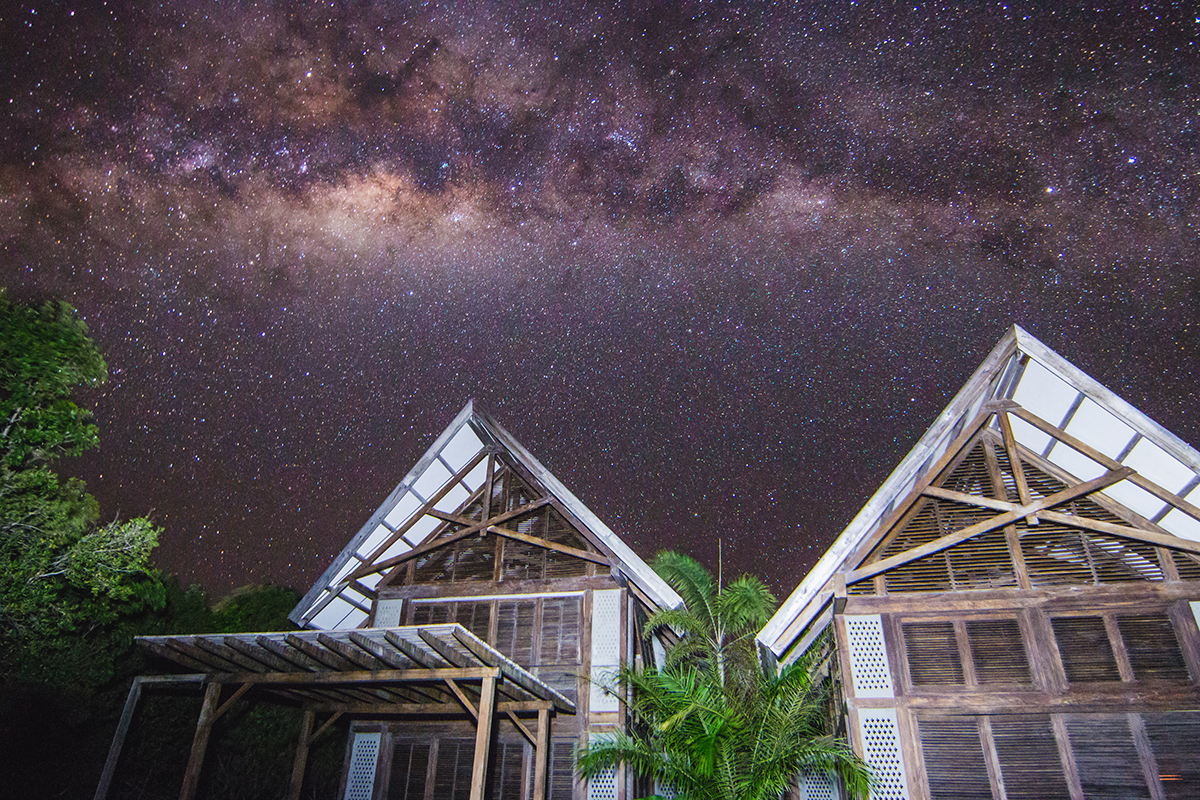 The Milky Way above our Villa on Vimizi Island. 30 second exposure at f/2.8, ISO 3,200. The foreground was briefly illuminated by my torch. 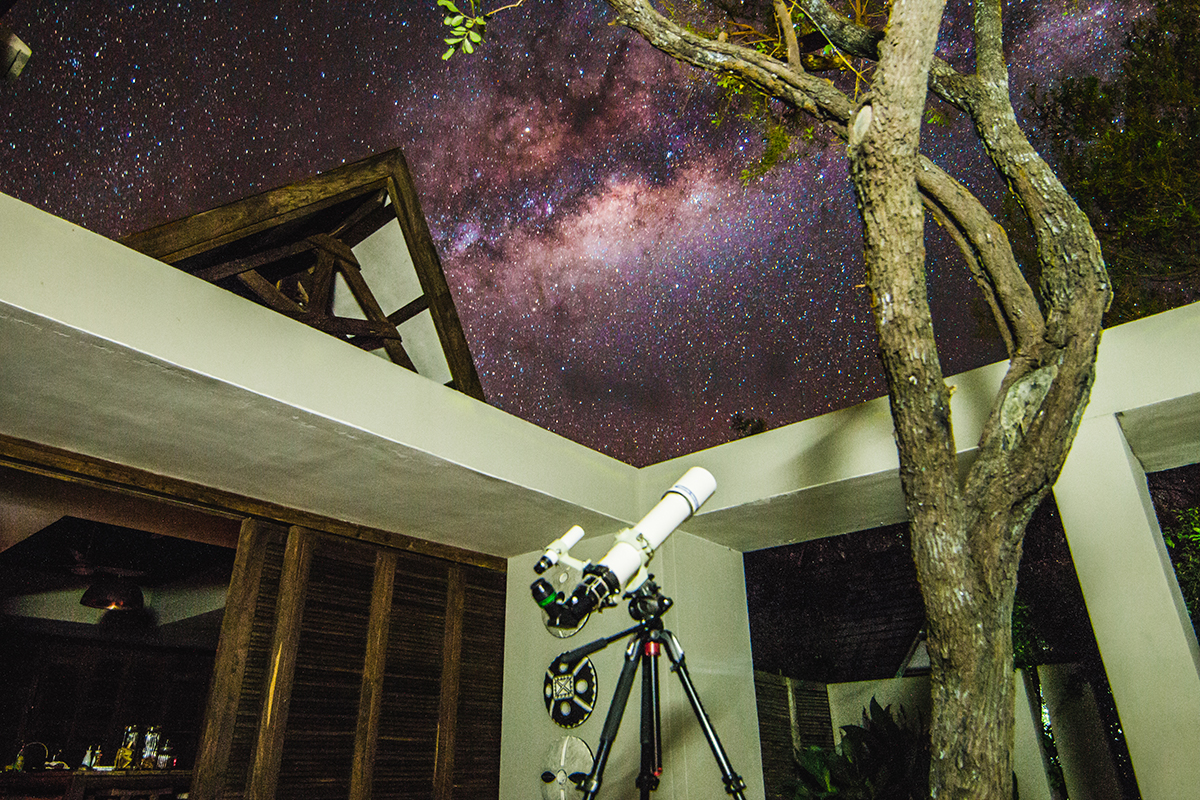 My Takahashi FC-76 set up in the courtyard of our villa on Vimizi. The foreground was briefly illuminated with my iPhone torch. 30 second exposure and f/2.8 and ISO 3,200. 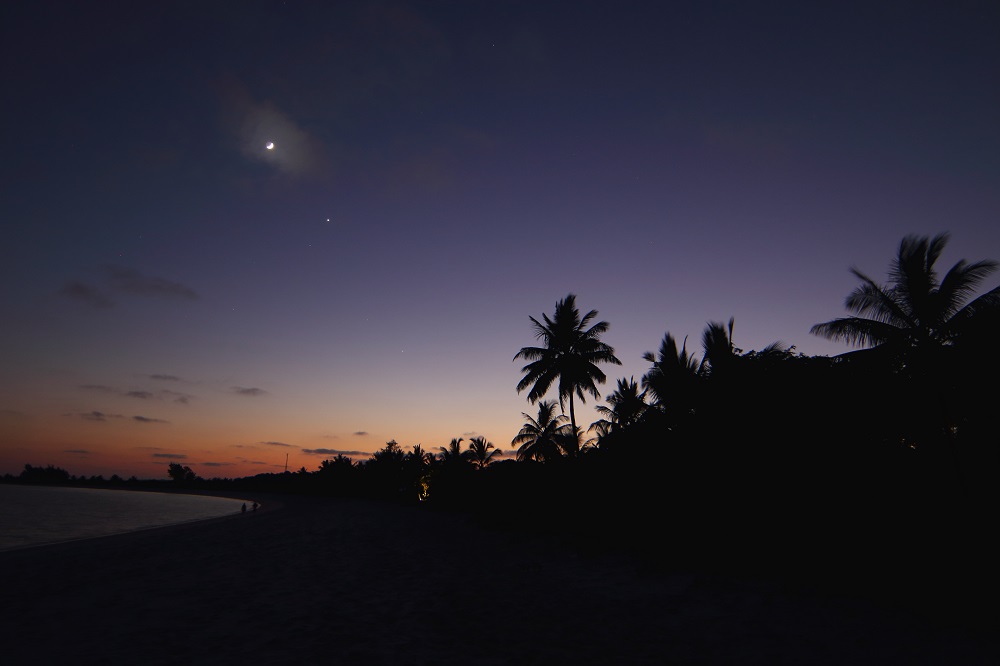 A pre-dawn image of the Moon, Venus, Mars Jupiter, and the Earth. Sadly Mercury did not clear the palm trees before it was lost to sunlight.