The International Space Station can add to the magic this Christmas

The ISS has recently performed some orbital maneuvers which have altered the times of visible passes.  Information now updated as of 16th December 2015.

Christmas can be a magical time of year, especially if you have younger children in your family nervously anticipating the arrival of Santa.  This year you can add to the magic by pointing out “Santa” as he soars over your house on his way to deliver presents to children in the Far East.  How you ask?  A little astronomy and that technical marvel, the International Space Station (ISS), can make it happen.

While the pass of the ISS is slightly less favourable for UK based Santa watchers than the previous two years, there is still one good opportunity on Christmas Eve.  While the times quoted below are for London, the ISS can be seen from most of the UK (sadly the far north of Scotland misses out this year) at approximately the same time.  The ISS rises above the western horizon at 17:15:58 and will be 10 degrees above the horizon at 17:18:39 at which time it will be magnitude 1.0 which is close in brightness to the brightest stars you will see in the sky.  The station reaches maximum altitude of 15 degrees at 17:20:39, having passed under the bright star Altair in the constellation Aquila, the lowest of the three bright stars that make up the famous Summer Triangle asterism.  The ISS will continue its journey across the sky dropping below 10 degrees at 17:22:40, beneath the constellation Cetus (the sea monster).  If you have a clear south-eastern horizon, the ISS will disappear over the horizon around 17:25:20.  As the station is heading from west to east, you can explain that Santa is flying to the children in Asia etc where it is already nearly Christmas.  Below is a star chart with the plot of the ISS overlaid for London based observers.  For those further north, the ISS will pass across the sky at a lower altitude. 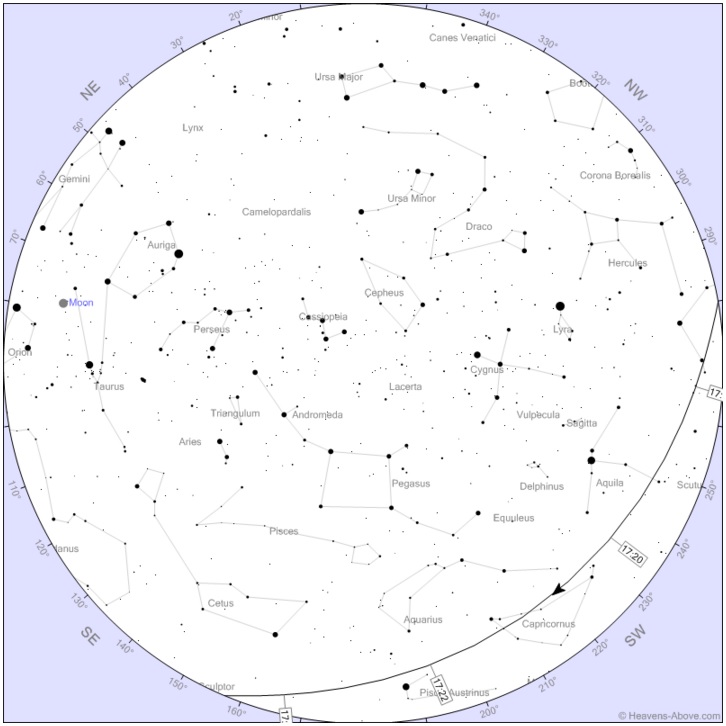 If you have not seen the International Space Station before, what you should you be looking for? The station appears like a bright star that slowly moves across the sky and could easily be mistaken for an aircraft (though there are no navigation lights flanking the main white light) by anyone unfamiliar with the appearance of the ISS.

Having seen the reaction first hand, I can confidently say that for younger members of your family, this experience can make Christmas just a little more magical.  And for any slightly older children, why not inspire them by telling them that bright slow moving light in the sky is a Space Station the size of a football field which took 115 separate space vehicle visits to construct, travelling at 17,200 mph (27,600 kmh) at a height of approximately 270 miles (430 km) above the Earth’s Surface with over 1.6 billion miles on the clock, and this Christmas Eve will be crewed by Scott Kelly, Mikhail Kornienko, Sergey Volkov, Yuri Malenchenko, Timothy Kopra and Tim Peake?  Plenty more information about the station can be found on the NASA information page.

The ISS orbit is currently favourable for evening flybys on Christmas Eve for a reasonable number of dense population centres.  For example there is favourable pass of the ISS over the West US at around 18:38 PT.  If you wish to see what time you should be outside, please go to Heavens-above.com and enter you location via the “Change your observing location” link, either manually by placing a cursor on the world map or search for your town/city and then select 10-day predictions for Satellites of special interest “ISS.”  The below table provides some basic information for sighting times for many major European cities. 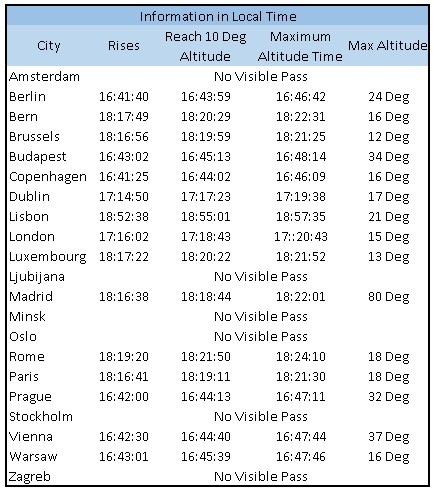 Details of visible ISS passes for a number of European cities. Times are local.

If you have visited this page more than 10 days before Christmas Eve, please make sure to visit again closer to Christmas Eve as orbit boosts performed by the station can alter the time you should be outside with your family. 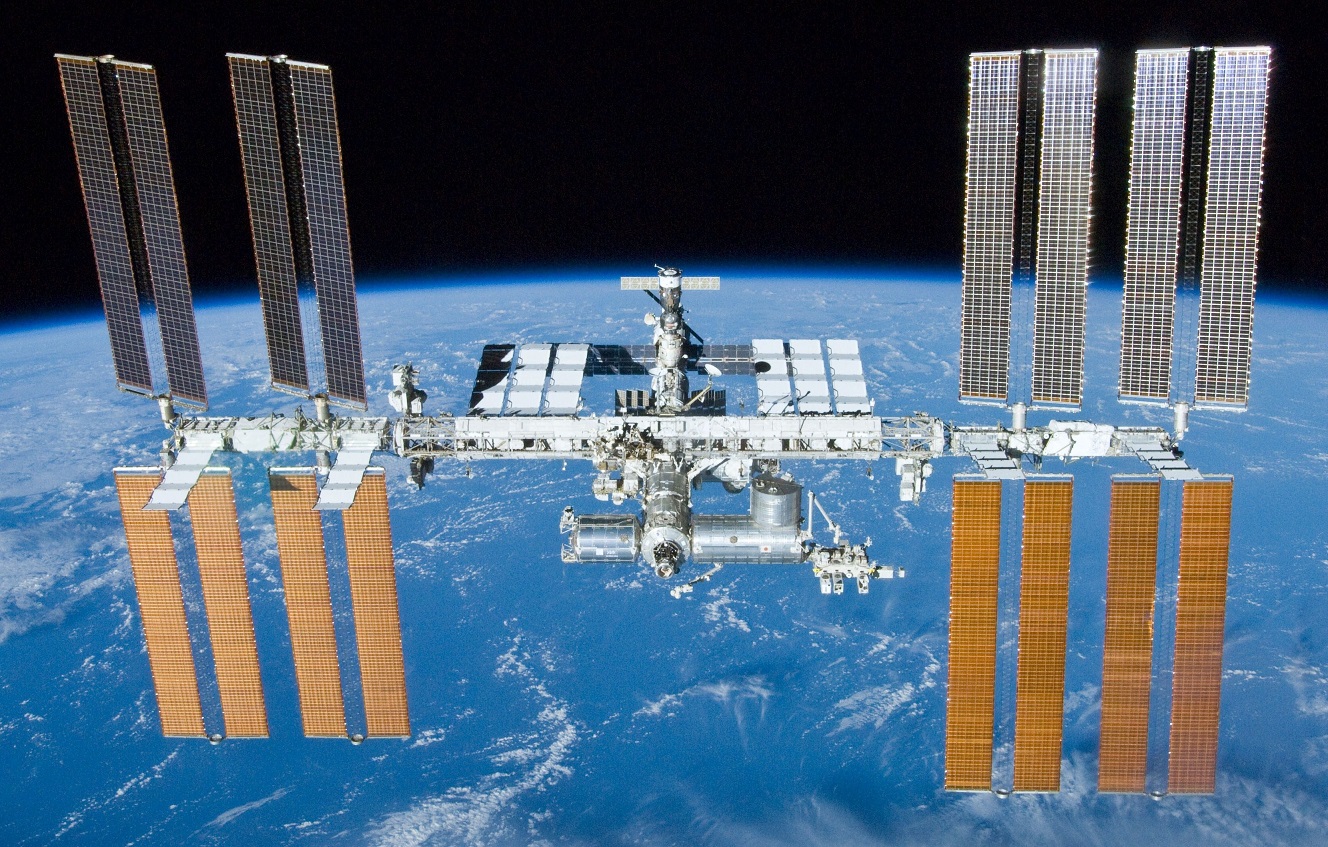 The International Space Station as seen from from STS-132 Shuttle Atlantis in 2010…Or perhaps this Christmas Eve, Santa Claus?

Fingers crossed for clear skies and have a very happy Christmas.