Named after one of the opticians who independently formulated the design during World War 2, the Makutov telescope today is a popular choice in the amateur astronomers observing line-up.  Famed for their high contrast views thanks to small central obstructions and easier to figure spherical optical surfaces, has led to the colloquial name of “planet-killer” being given to them. 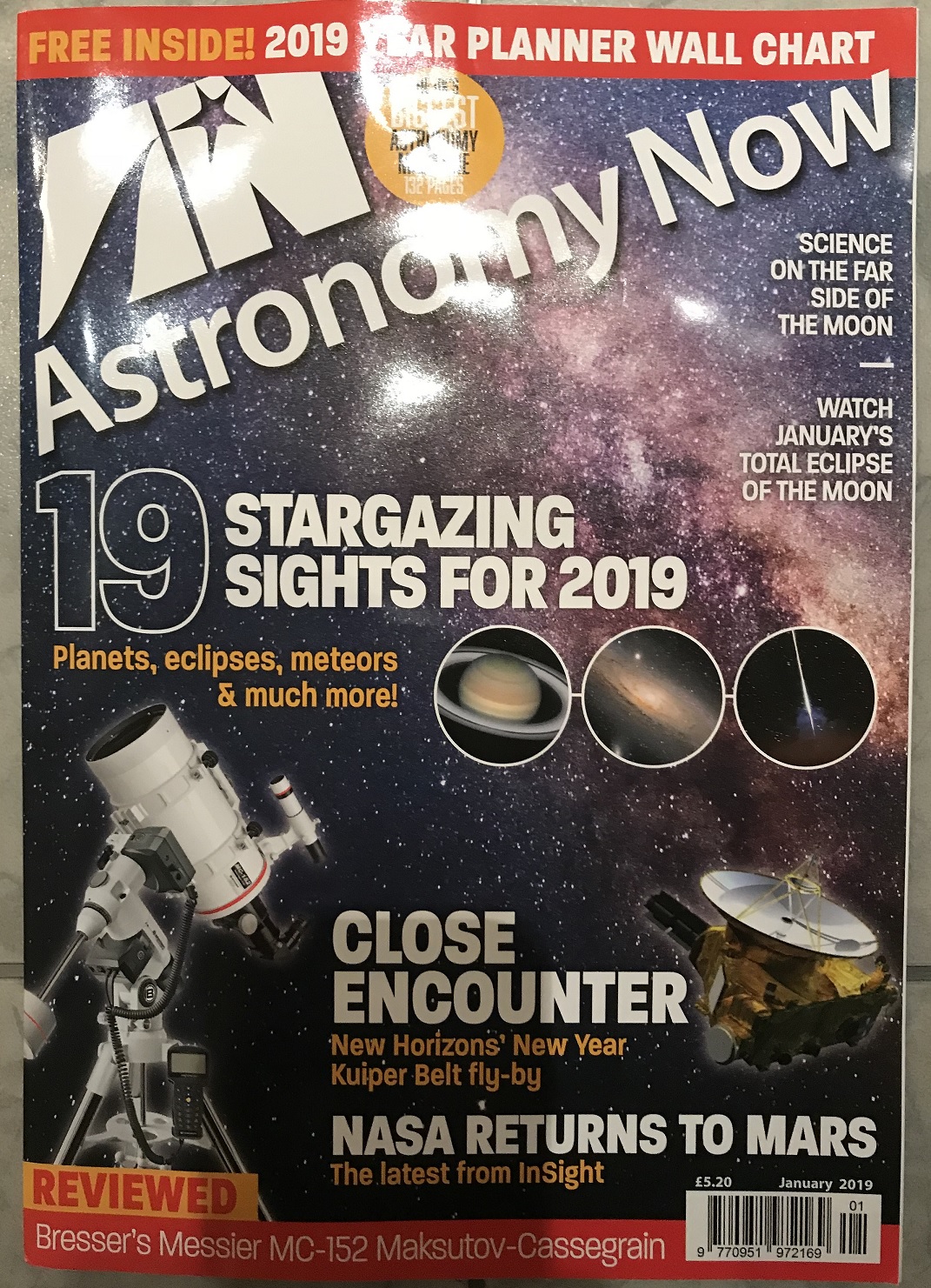 Astronomy Now asked me to review a new offering in the world of Maksutov telescopes, the Bresser Messier MC-152 Hex Focus.  The MC-152 packs a 152mm aperture and 1,900mm focal length (f/12.5) into compact if slightly heavy for its size OTA of less than 400mm length and 7.1kg weight.  Interestingly, the scope is provided with an external Hex-Focus rack-and-pinion single speed focuser rather than relying on the usual method of moving the primary mirror up and down inside the telescope.  A focus unit is often an aftermarket upgrade that owners of the Maks make.

The scope was provided with the Bresser EXOS-2 GoTo equatorial mount.  The mount is EQ5 class with a stated load capacity for visual use of 13kg.  The brains of the scope is futuristic looking StarTracker which benefits from an 8-line LCD display and a database of more than 242,000 objects.

The loan of the scope was arranged by Telescope House and delivered by Bresser UK.  The review of the scope and mount appeared in the January 2019 issue.  If you wish to read the review you can purchase back issues here. 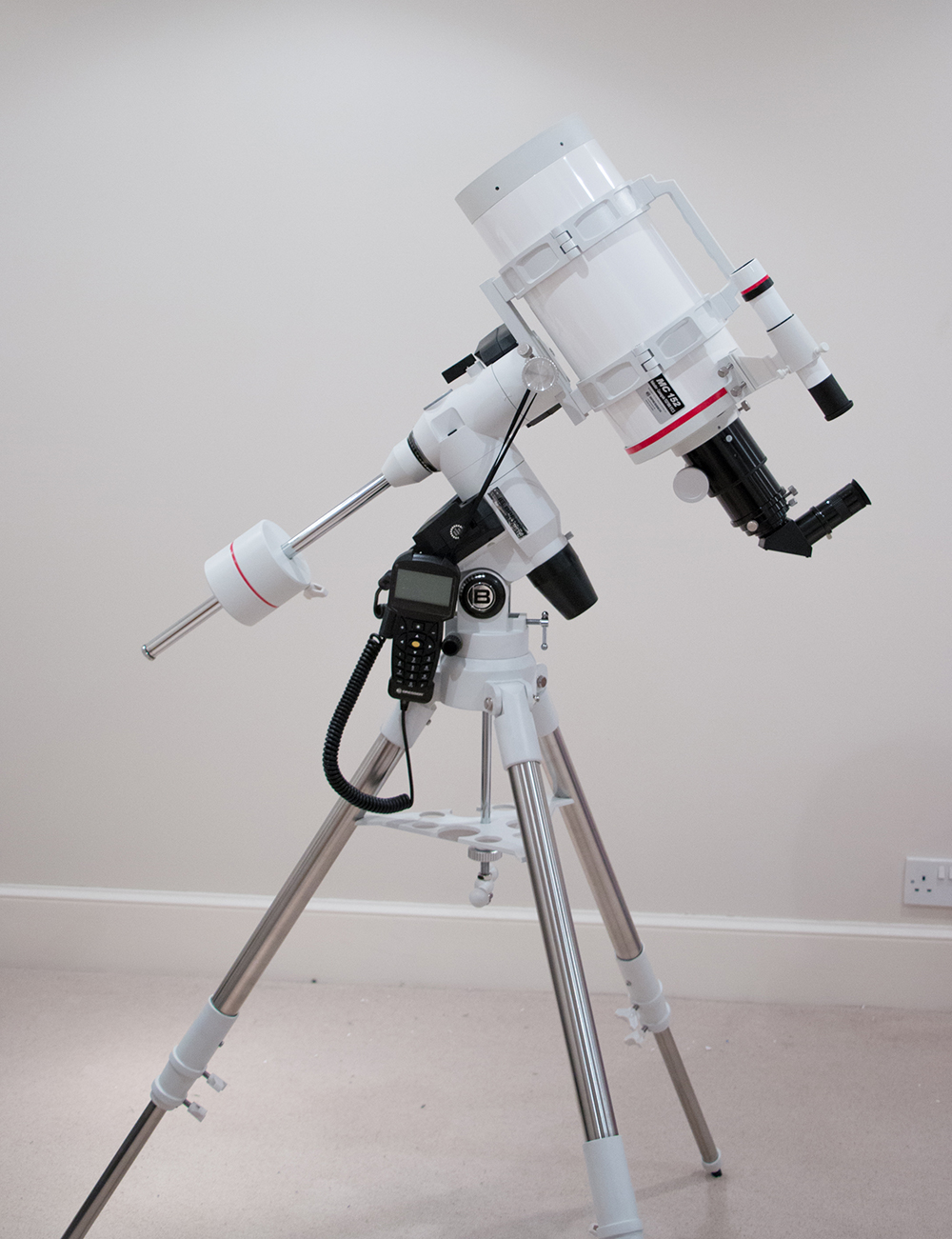