Evidence Presented for cause of Coronal Heating

The temperature of the Sun’s corona is a problem that has plagued solar scientists for decades.  The Sun’s core is around 15 million Kelvin.  Moving away from the centre, the temperature drops, reaching around 6,000K at the photosphere.  However, the solar corona, which can be thought of our star’s atmosphere is seen to have a temperature in excess of 1 million Kelvin.  The mechanism that drives this huge increase in temperature has puzzled solar physicists for over 70 years.  Now two scientists from Columbia University have published a paper in The Astrophysical Journal detailing evidence of the source of the coronal heating.

Published in the September 30th, 2013 edition (APJ 776 ) Michael Hahn and Daniel Wolf Savin have found evidence using the data from the Extreme Ultraviolet Imaging Spectrometer onboard the satellite Hinode, that magnetic waves in the polar coronal hole contain sufficient energy and deposit it at low enough altitudes for the heat to spread throughout the corona.  As with all discoveries, new questions emerge, such as what causes the magnetic waves to damp, and the scientists are planning further observations in attempt to answer them.

The published paper presents a measurement of the energy carried and dissipated by Alfvén waves in a polar coronal hole.  These waves are one of the two main competing theories of coronal heating.  They found that the initial energy flux was 6.7 ± 0.7 × 10^5 erg cm–2 s–1, which the authors state is “sufficient to heat the coronal hole and accelerate the solar wind during the 2007-2009 solar minimum.”  In addition, they found that approximately 85% of this energy is dissipated below 1.5 solar radii, which Hahn et al. state is low enough that thermal conduction can transport energy throughout the coronal hole, heating it and driving the solar wind. 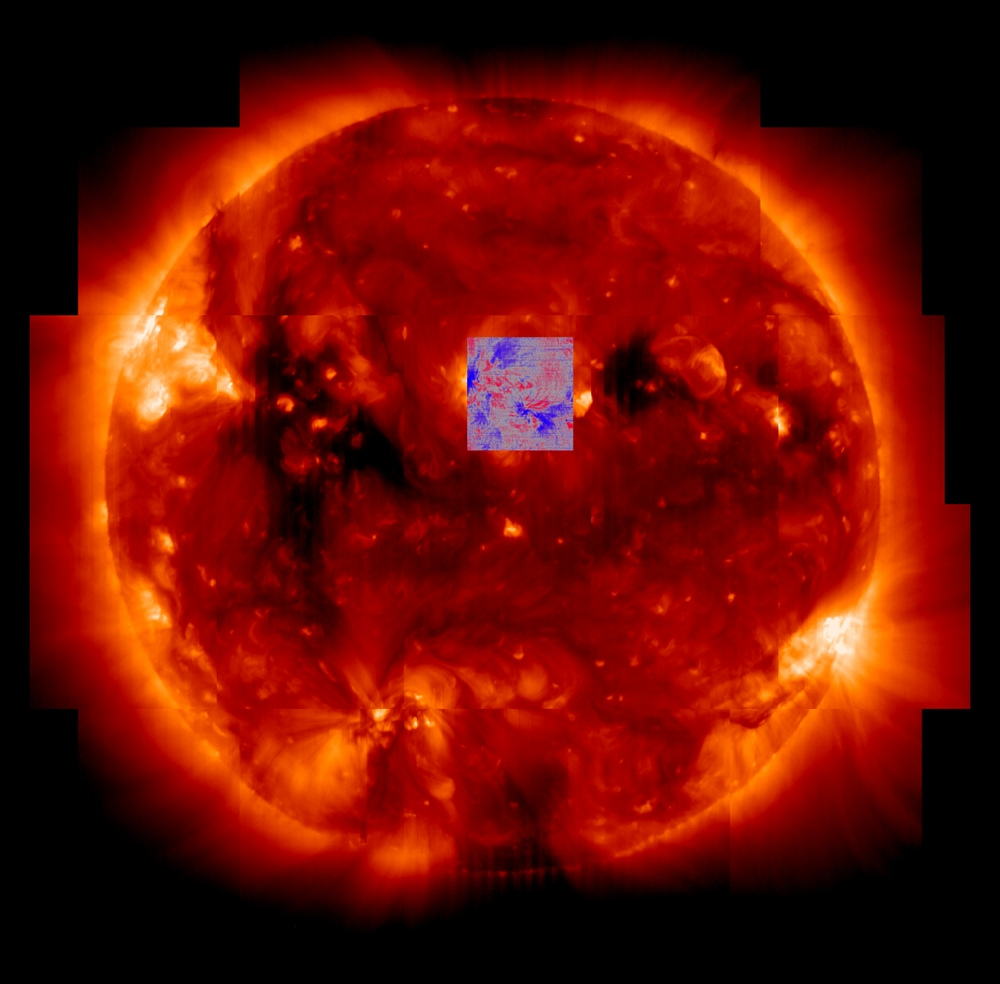