In recent days there has been some speculation that Comet ISON might be disintegrating which followed evidence proposing that the outburst reported in mid November was due to a fragmentation event where an estimated 50m size object broke away from the nucleus releasing subsurface ice and dust.  Visual observers had reported declines in brightness over the last few days and now new observations are emerging that there has been a rapid drop in molecular (hydrogen cyanide) emissions (by at least a factor of 20) from the comet combined with an enormous increase in dust production.  These latest observations could indicate that the comet has completely disrupted.  Such an event, should it have happened, would be expected to show a rapid drop in molecular emissions due to the short lifetime of such molecules and a corresponding large increase in dust.

The rationale for such a conclusion based comes from the fact that cometary ice is the binding agent that holds a comet together.  Should the comet lose sufficient ice, then the nucleus would literally fall apart.  The large rise in dust recorded would be expected once the nucleus is completely disrupted.  It was suggested at the time of the suspected fragmentation event that once a comet is seen to fragment it tends to repeat, and the probability of this would likely only increase as temperature and gravitational forces increase as the comet approaches perihelion on November 28th at 18:24:57 UTC.

At this point, with the comet just a few days from its close approach of some 724,000 miles above the Sun’s surface, where it will be travelling at over 840,000 mph and encounter temperatures in excess of 2,700o C, ground based observation has become all but impossible and monitoring must be left to the fleet of solar observing spacecraft such as the NASA STEREO-A craft.

Imaged by STEREO-A, comet ISON enters from the left and dimmer Encke can be seen from November 19-22, 2013 and both are encountering the solar wind. Image Credit: Karl Battams/NRL/NASA-CIOC.

However, nothing is certain as Comet ISON is new sun-grazing comet that has been travelling in from the Oort cloud for approximately one million years and this is our first experience of observing such an object.  Comet ISON, should it have survived its close encounter with the Sun will be visible in a pre-dawn sky from the 1st or 2nd of December depending on your local conditions and eastern horizon. 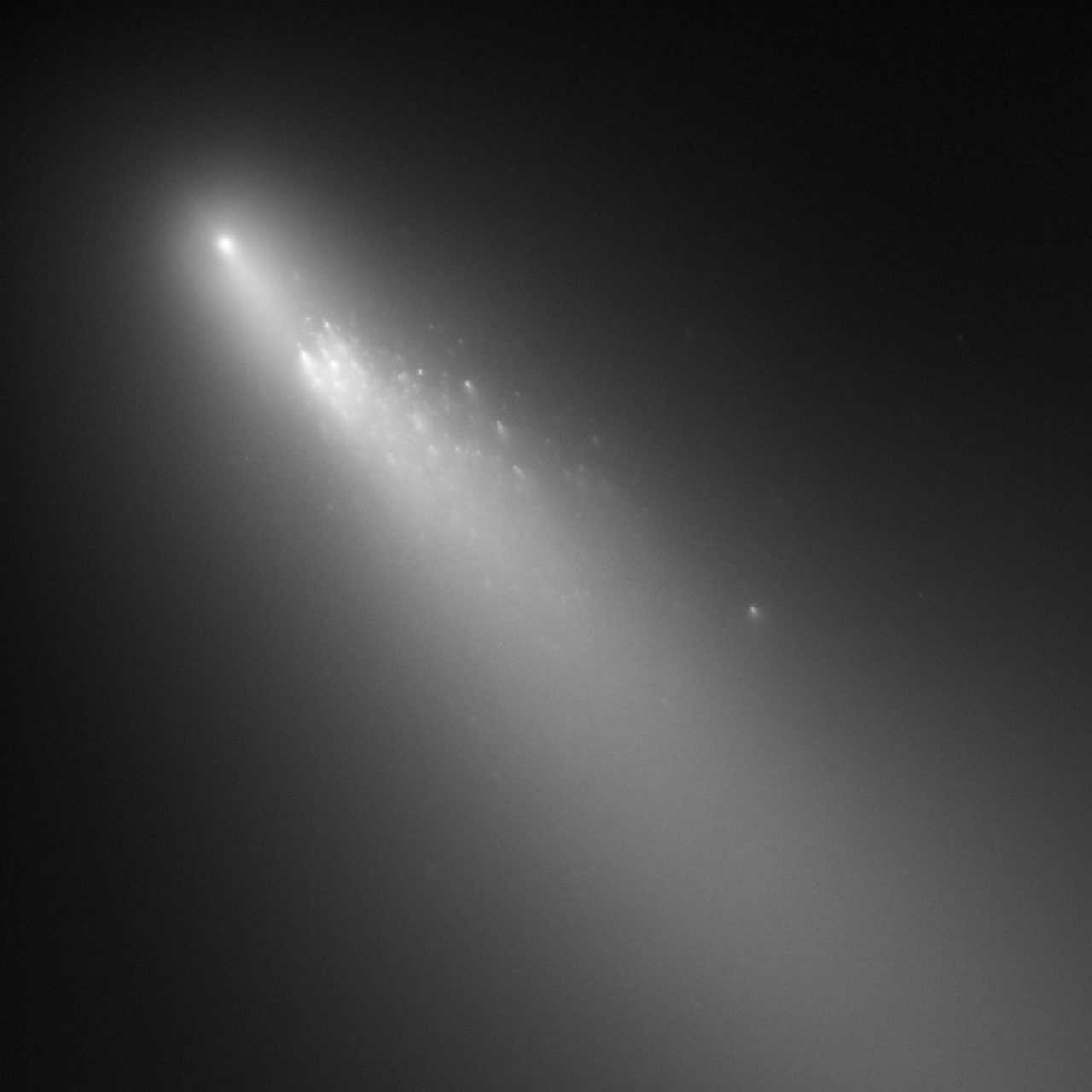