Comet C/2012 S1 ISON crossed the orbit of Mars on October 1st as it continues its journey towards the sun and possible disintegration due to its proximity to the solar surface at perihelion.  Currently travelling at approximately 84,470 miles per hour, perihelion is due to be reached on November 28th at 18:27:41 Universal Time, when the comet will pass a mere 724,000 miles above the surface of the Sun.  As anticipation builds on what was being described some months ago as the “Comet of the Century”, now more questions are being asked of whether the comet will even survive its close encounter with the Sun.

NASA have once again pointed the Hubble Space Telescope at this new visitor to the inner solar system and published a new picture for us all to enjoy.  The comet’s coma appears a cyan colour due to gas released from the nucleus while the tail is showing a reddish hue due to dust. 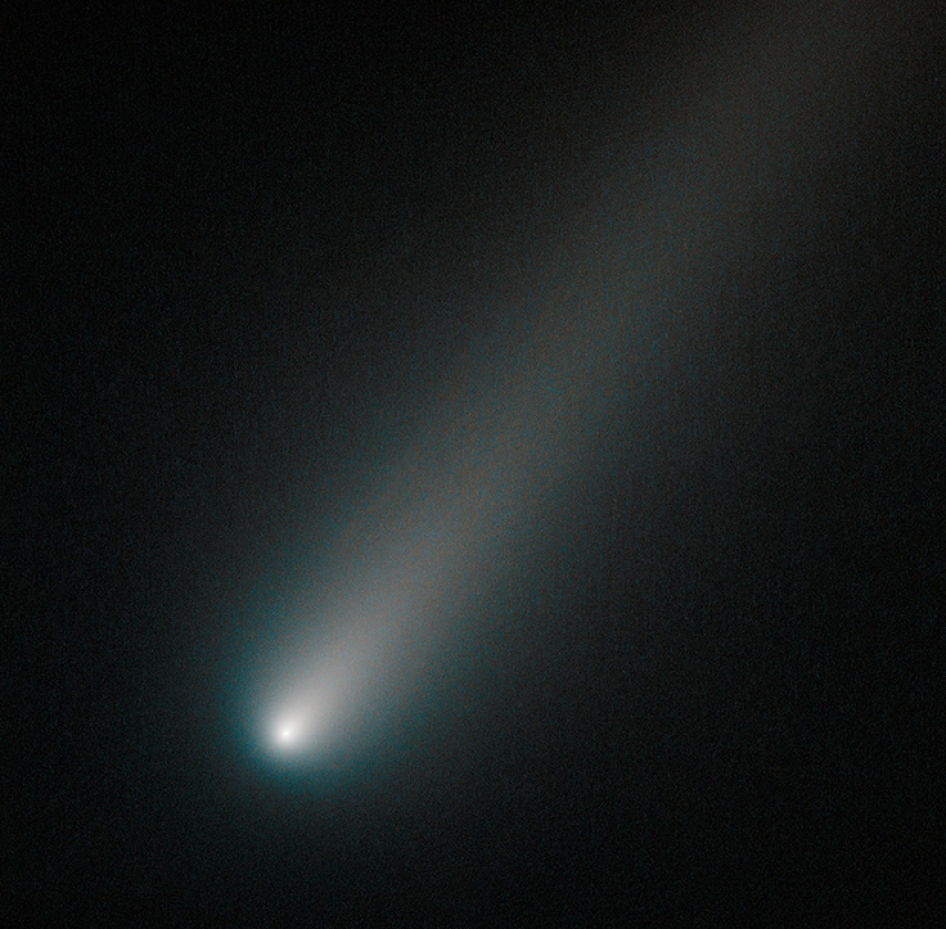 If you wish to see the comet, it is currently located in the constellation of Leo, making it a predawn object, and with an estimated visual magnitude of +9.6, it well within reach of amateur telescopes visually.