If a telescope is to perform at its best, all the optical elements must be in alignment, and in a Schmidt-Cassegrain with its magnifying secondary mirror (typically a 5x optical element), even a slight misalignment of the primary and secondary mirrors can result in a terrible image, well below what the scope is capable of delivering. 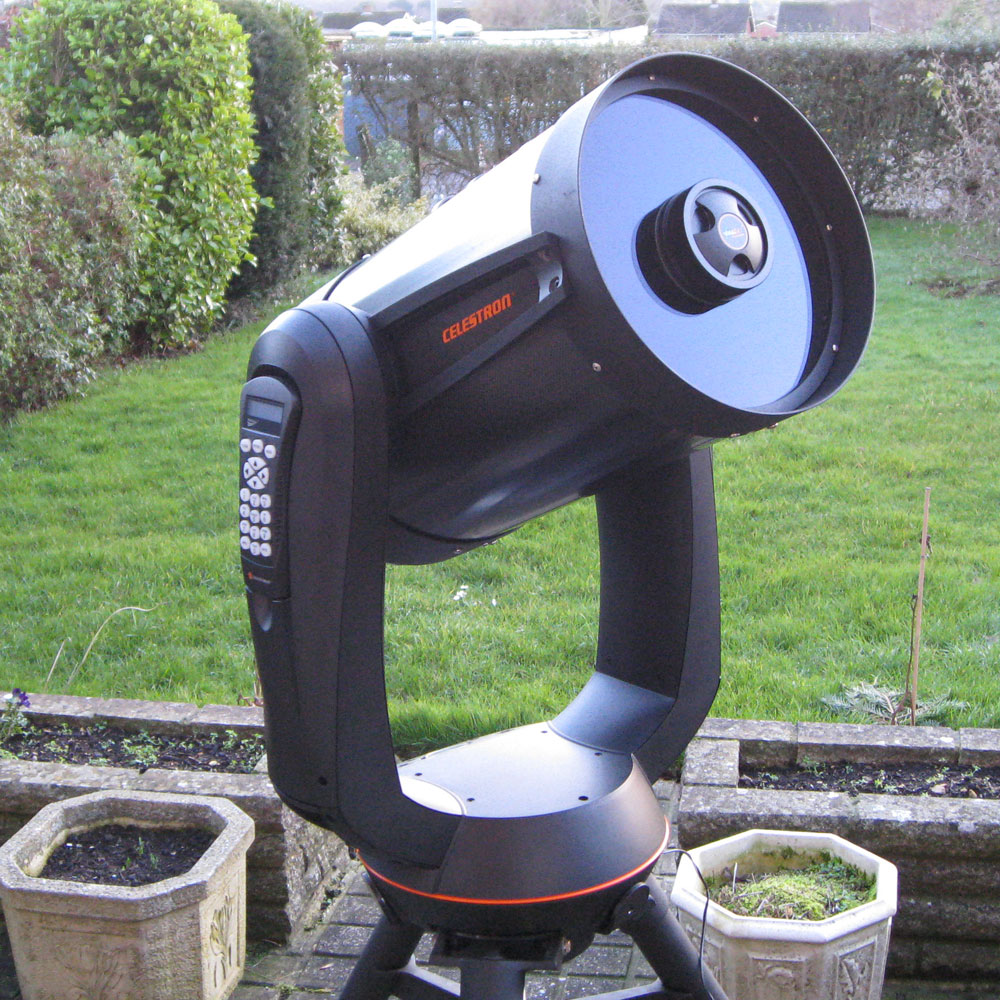 Over the Christmas holiday 2013, I was presented with an opportunity to use my largest aperture scope, the 11” Nextstar 11 GPS Schmidt-Cassegrain.  This scope has not been used in a couple of years and despite sitting safe and sound under a cover in the house, I found that the scope was terribly out of collimation when I went to use it.  Collimation with a Schmidt-Cassegrain is relatively straight forward exercise of adjusting the three collimation screws on the secondary mirror until the shadow of the secondary mirror appears in the centre of a defocused star image (typically I use Polaris for this exercise) and then fine adjusting so the diffraction rings in a slightly defocused star are concentric.  However, I sometimes get confused about which screw needs to be tightened/loosened, which results in running back and forward around the telescope making adjustments, and I am often left wondering if I have really aligned the optical elements precisely as it is a judgement exercise.  With the extra time afforded to me by the holiday break, I decided to make a simple aid that removes that ambiguity from the process, a full aperture Duncan Mask.

The first step is cut out a circle of card which will mask the entire aperture of your SCT using your circular cutter.  The second step is to draw lines across the circle at 60o intervals using the protractor.

Left: Step 1 is to cut a circle that fully masks the aperture of your SCT. Right: Step 2 draw lines across the diameter separated by 60 degrees

The third step is to cut alternate 60o segments of the outer diameter circle (which matches the diameter of the corrector plate as opposed to the diameter of the telescope tube) three times, before reducing the radius of the circular cutter to cut the same three inner 60o segments.  When this is done, using a Stanley knife and ruler, cut along the 60o radial lines to join the outer and inner cuts so you are left with three windows in your mask as seen in the photos.

Left: Step 3 is to cut the 60 degree windows. Right: Step 4 is cut the central hole to reveal the secondary mirror holder and allow access to the collimation screws.

The final step is to cut an inner complete circle a little larger than the secondary mirror so you are able to access the collimation screws.  I added a strip of card perpendicular to my Duncan Mask so it will be held in place much like the front corrector plate cover that came with the scope. 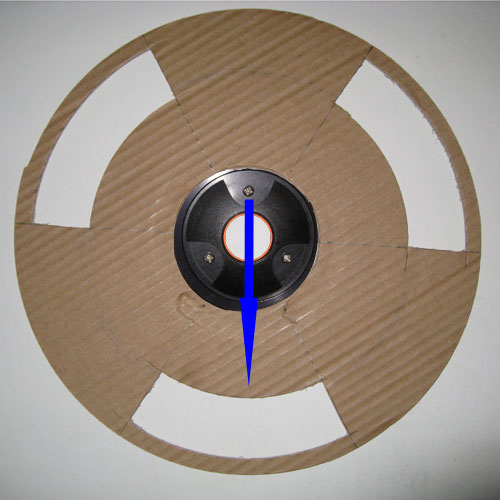 It is important to allow the scope to come to thermal equilibrium before collimating.  Internal tube currents will make the job of collimating a SCT almost impossible.  Point the SCT at a fairly bright star as you would for the normal collimation method.  You should have the scope set up as you would for normal use.  For example, if you use a mirror diagonal, this should be used during collimation.  The Duncan Mask is placed over the front corrector plate, such that each collimation screw is opposite one of the 60o window cut outs.  To successfully undertake this method a high magnification in the 400x range is needed.   A Barlow can be used if you lack a sufficiently short focal length eyepiece.

When the scope is far from focus, you should see three curved lines of the window cut outs, much as in the accompanying diagram 1.  As you adjust the focus of your scope, you will see the three lines flip so they are pointing towards a common centre though there is likely to be gaps between them (diagram 2).  Each line corresponds to its opposite screw so adjust each screw which will nudge in line towards the centre with the ultimate aim of forming a capital “Y” in the eyepiece.  When you achieve this you have successfully collimated your SCT (diagram 3).  To reach perfect focus with the mask still attached, focus until the three lines cross over each other forming a little six point star (diagram 4).  You can now remove the Duncan Mask and you will see a nice tight airy disc with an even, well defined diffraction ring. 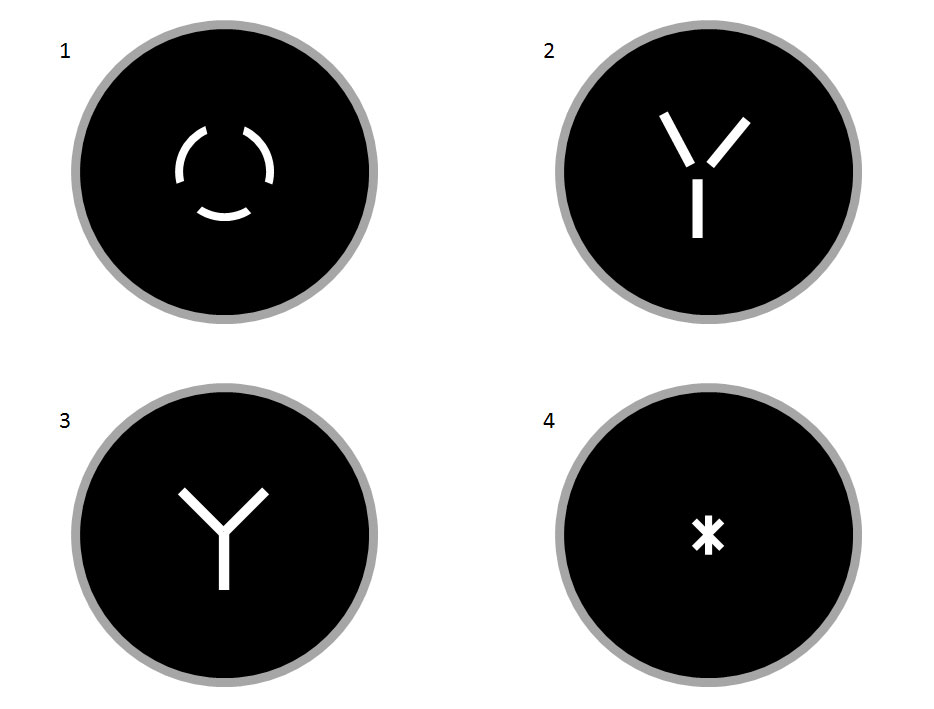 Once the mask was made, the process of collimating took just a few minutes and the performance of my SCT was excellent after.  I particularly appreciated the lack of ambiguity over which screw I should be adjusting and a clear pattern to look for in the capital “Y” to know when I had the scope collimated.  I shall certainly be using the Duncan Mask in the future every time I want to check the collimation.