Sensational headlines have begun appearing in the popular press over the last 24 hours speaking of a newly discovered asteroid, designated 2013 TV135, which has a 1 in 63,000 chance of striking the Earth in 2032 with “the force of 2,500 nuclear bombs” and similar fear inducing one liners.  However, this asteroid was only discovered on October 8th by astronomers working at the Crimean Astrophysical Observatory in the Ukraine, so with only a weeks’ worth of observational data on an orbit that spans some four years, there is still a great deal of uncertainty.  The current risk assessment puts the probability of an impact in 2032 at 1 in 63,000, which means there is currently a 99.998% chance of no collision in 2032.  Further observations of this 1,300 foot (400 metre) object over the coming months will allow refinement of the orbital calculations which may well see the risk assessment reduced still further or even eliminated completely. 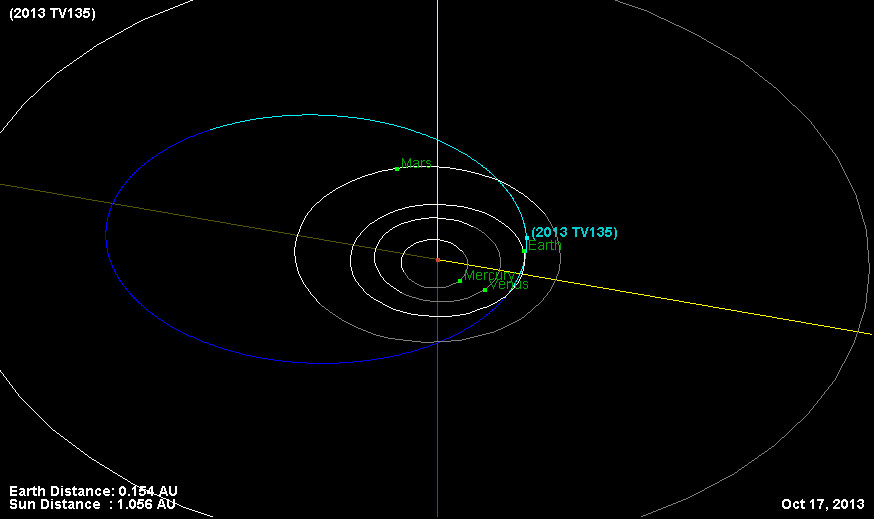 More information about asteroids and near earth objects can be found at http://www.jpl.nasa.gov/asteroidwatch/